To share your memory on the wall of Phillip Douville, sign in using one of the following options:

A service to celebrate his life will be held at the Vincent Funeral Home, 880 Hopmeadow Street, Simsbury at 2:00 PM on Friday, August 28 th. Please RSVP at link below. In lieu of flowers, memorial donations may be made to the Wintonbury Land Trust, P.O. Box 734, Bloomfield, CT 06002. Please visit Phil’s “Book of Memories” at www.vincentfuneralhome.com to RSVP to the service or leave online tributes.
Read Less

We encourage you to share your most beloved memories of Phillip here, so that the family and other loved ones can always see it. You can upload cherished photographs, or share your favorite stories, and can even comment on those shared by others.

Posted Aug 26, 2020 at 06:53pm
Phil, thank you and Judy for inviting me into your family. So many happy memories were with you guys. Thanks to you, I am an avid reader of Sci Fi and Fantasy. My condolences to Gabby, Sue and Tina, as well as the extended family. God be with you
Comment Share
Share via:
NK

Posted Aug 26, 2020 at 05:24pm
I was privileged to meet and admire Phil later in his long, distinguished life as he worked tirelessly to help make the semi-annual Prosser Library Book Sale a resounding success. My heartfelt condolences to Cheryl and to the other members of his family, Nancy Mattoon Kline (UConn Class of 1959)
Comment Share
Share via:
CH

Posted Aug 26, 2020 at 09:49am
I am saddened to hear of Phillips’s passing. I had the pleasure of seeing him every four weeks for his haircut. He was always so positive and had interesting stories. He made me laugh when he would search his pockets for his little black book, wallet, pen and glasses. He will be missed. 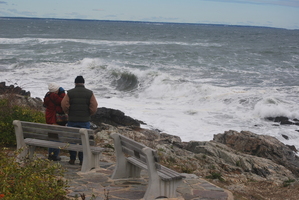